TJ Voss has wanted to own a corner store since he was a kid.

But he didn’t want it to be like any other corner store — he dreamed of it being like the bodegas of New York City, small convenience stores that serve their local communities with staples like candy, instant ramen, sodas, lottery tickets, toiletries, and sometimes even beer.

“It’s that community feel, that community vibe where the owner knows all the kids by name as they grow up and you know, that’s what we wanted to emulate,” Voss said.

That dream became a reality in October 2020, when he opened Lucky’s Exotic Bodega with longtime friend Sam Sabor on East Hastings Street in Vancouver. 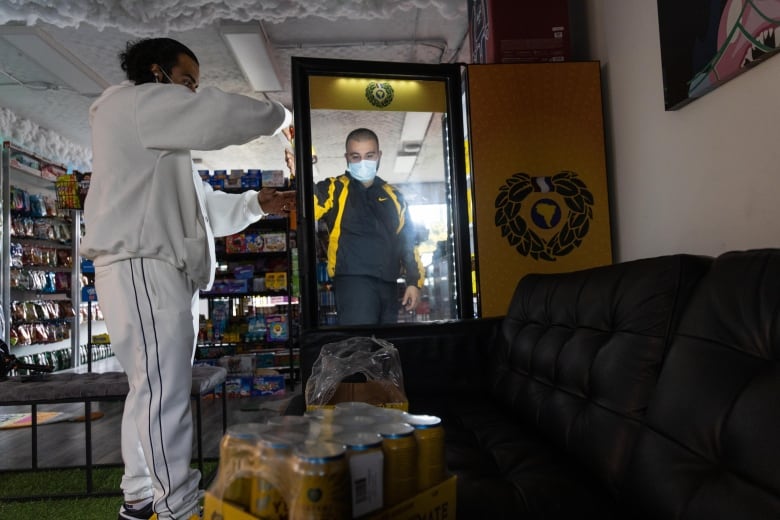 It’s not the only modern convenience store trying to build community: in April 2020, Dank Mart opened on Main Street and East 48th Avenue, with owners Spensir Sangara and the late Amin Shahin Shakur combining their love for bodegas and hard-to-find snacks.

What makes these particular Vancouver convenience stores unique is that, unlike 7-11 or Circle K, Lucky’s and Dank Mart specialize in a wide and diverse selection of snacks and drinks from around the world.

Customers can find chips like Blue Flame Takis from Mexico among the packed shelves of Lucky’s and Shokata Fanta — elderberry-lemon flavoured pop — from Serbia in a small fridge near the front door.

“We import almost every item. If it’s not exotic, it’s not going to be in here,” said Lucky’s TJ Voss at his East Hastings store, which also sells collectible sneakers, like the Chunky Dunky, Nike’s shoe collaboration with Ben & Jerry’s.

Over at Dank Mart, Spensir Sangara pointed to some of the new items they have in stock, like fruity cereal Kit Kat bars from the U.S., and Skittles yogurt gummy bombs from China.

Sangara says he thinks Vancouverites have taken to snack stores like Dank Mart because of their novelty.

“One of the reasons that this store really blew up like that is because Vancouver has always wanted a store with that kind of culture that, you know, from the States kind of culture, a hip-hop culture,” he said.

‘A labour of love’

Though their success comes at a time when many retail stores have shuttered in the last year and a half, both Voss and Sangara say they weren’t fully spared by the effects of the COVID-19 pandemic.

Voss says importing snacks has been challenging to their business, with the spiking costs of shipping containers and long wait times for their arrival.

He says they recently received a shipment from the U.K. that was delayed — and the snacks were set to expire two to three weeks later.

“If you feel this is like the next cash cow … this is not the one,” he said.

“This is purely a labour of love.” 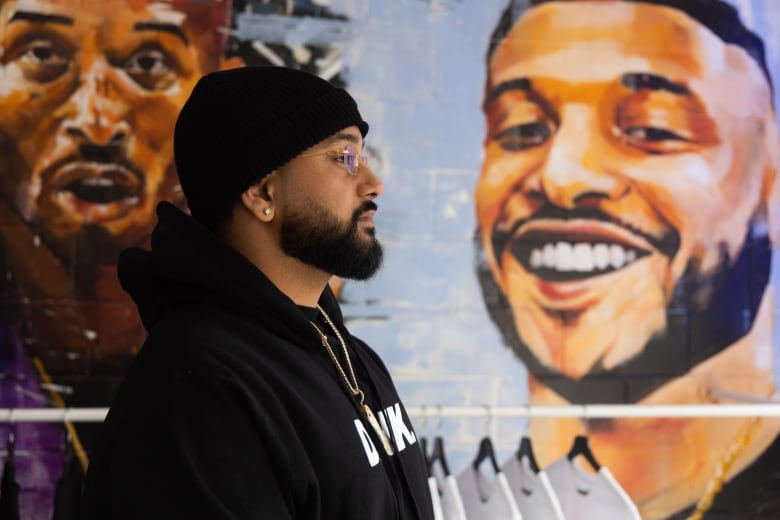 Dank Mart owner Spensir Sangara, next to a mural of his close friend and business partner Amin Shahin Shakur. Shakur was shot and killed outside of the Main Street store location in 2020. (Gian Paolo Mendoza/CBC)

The labour of love is extra personal to Sangara, who experienced similar supply chain challenges — on top of the loss of his business partner and friend.

In July 2020, Amin Shahin Shakur was shot to death outside their Main street store. A 41-year-old man was arrested and charged with second-degree murder.

“There’s no Dank Mart without my bro,” said Sangara.

“You know, he was here every day when we opened. He was working 15-, 16-hour days on the frontline, doing everything we needed to make it happen.” 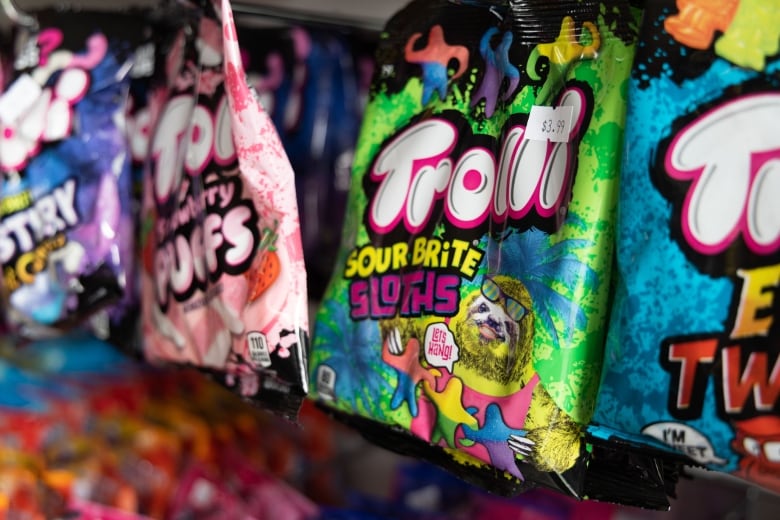 These sloth-shaped gummies at Lucky’s Exotic Bodega, originally from Germany, were imported from the U.S. (Gian Paolo Mendoza/CBC)

“I just think, like, you know, how can we make him proud?”

Despite the challenges, both stores have since expanded with second locations in July 2021, with Lucky’s opening on East 41st Avenue and Dank Mart opening a second location on Thurlow Street in downtown Vancouver. Sangara adds that Dank Mart will soon be coming to Toronto.

Voss says he attributes his business success to customer service and the customers themselves.

He says the owner of the previous store at Lucky’s current East Hastings location sold lottery tickets — something Lucky’s decided to continue doing.

They also decided to host Keno, where customers pick numbers and wager money on them before a draw. This has kept customers coming back.

One of them is a man in his 90s that visits the store weekly to play, says Voss’s business partner Sam Sabor. 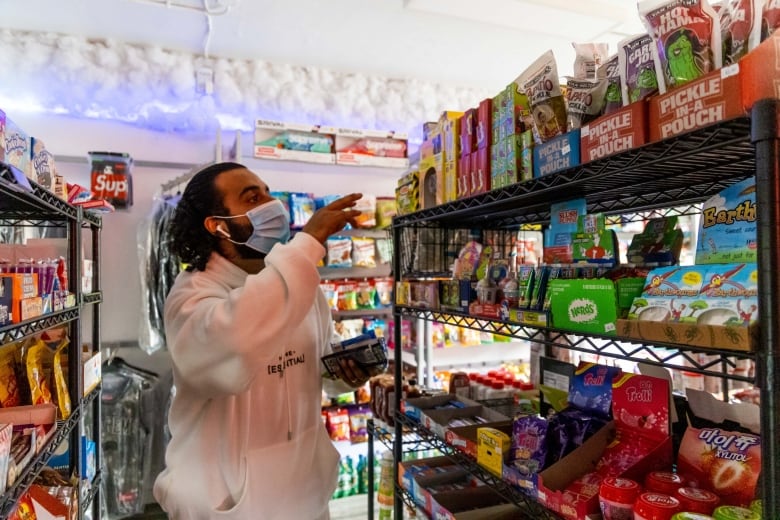 ‘Hey-Ey-Sundae!’ launched by Perry’s Ice Cream in partnership with the Buffalo Bills | WKBW