Each barrel has listened to a specific playlist curated by Metallica band members
What do this whiskey and 40-year-old metalheads have in common? They’ve both been pummelled by hours of music created by one of the most influential metal bands in history. 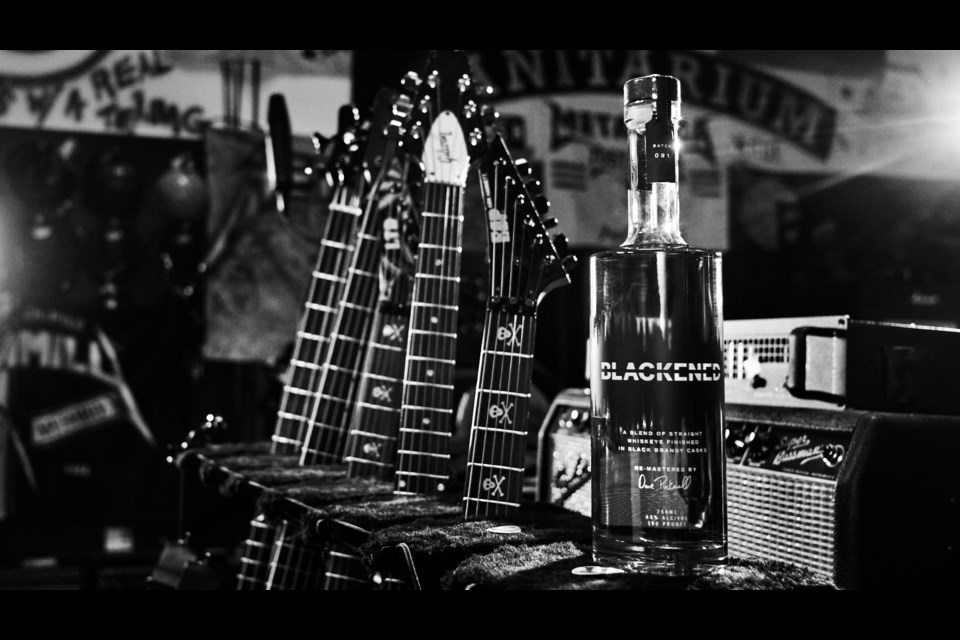 The whiskey in question, Blackened American Whiskey, was created in a collaborative effort between Metallica and American master distillers over the course of a decade. The whiskey itself features a blend of North American bourbons and ryes individually aged for an average of over eight years. The whiskey was then finished in black brandy casks imparting flavours of apricot, honey and caramel.

While metal bands creating their own whiskeys isn’t unheard of, Metallica created a whole new process to amp up their whiskey’s flavour profile.

The late Dave Pickerell was a legendary master distiller and blender who had long been fascinated with the effects of sound, its ability to shake an entire building for instance. So it was only fitting that Pickerell would be part of the process when Metallica and Meyer Sound created a subwoofer to sonically-enhance the band’s whiskey.

The method uses frequencies in the band’s songs to disrupt the whiskey inside the barrel as it ages, kicking up the wood-flavour characteristics in the whiskey. The proprietary sonic-enhancement process was later dubbed Black Noise.

In fact, each barrel has listened to a specific playlist curated by the band’s members.

Where can I get it?

The brand recently launched in B.C. and will follow with other provinces in 2022. The whiskey is already available in many BC Liquor stores in Vancouver for $79.99. For a complete list of locations carrying Blackened American Whiskye you can check out BC Liquor store’s website.

Source: Here’s where to buy Metallica’s new whiskey in Vancouver – Vancouver Is Awesome

Baileys Tiramisu Cocktail It's that time of the year again when Baileys surprise shoppers with…
Novotaste
Beverage trendsFlavour trends
August 12, 2022