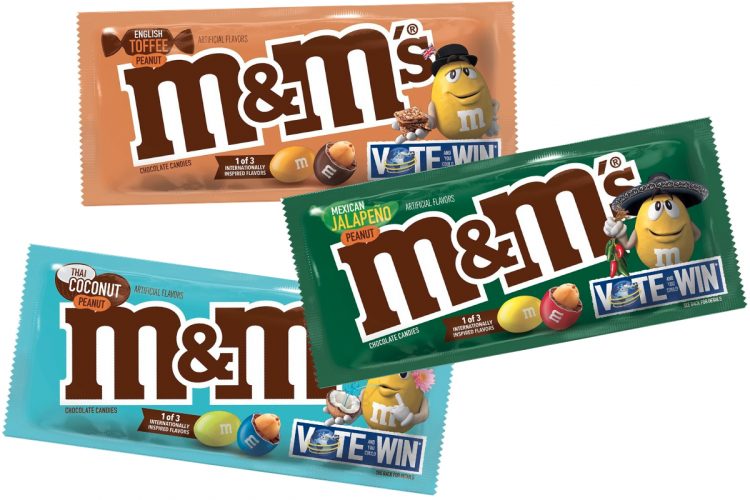 By NovotasteJuly 8th, 2019No Comments

M&M’s is going nuts with new flavours.  The three new offerings – English Toffee Peanut, Mexican Jalapeno Peanut and Thai Coconut Peanut – hit store shelves this week.  The packages invite M&M’s fans to vote on which of the three nut-based tastes — OK, actually legume-based — they like best.  The packaging for the international takes on the classic chocolate candy features M&M’s characters — what the brand calls spokescandies.  “We believe flavors have the power to transport you and we are making that journey a reality by offering participating fans the chance to win a trip around the world,” Allison Miazga-Bedrick, M&M’s brand director, said in a statement.  Tasters may vote online at flavorvote.mms.com or texting the word “Vote” to 84444, the company said.  You’re allowed to vote once a day until May 17. The winner will be announced in August and will continue to be sold at stores.

Source: Here Are The 2019 New M&M’s Flavours You Can Vote On