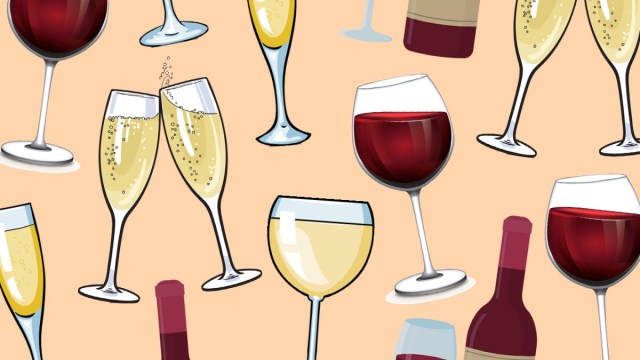 Raise a glass, it’s 2021 and we’re all in the mood for new beginnings and fresh takes on old favorites—and that includes our wine, too.

Elin McCoy, who reports on wine for Bloomberg, recently mapped out eight key changes to expect in the wine industry this year. Below are five of her predictions that could change the way we drink wine in 2021.

And if you need inspiration on what to pair your glass of wine with, don’t miss 100 Easiest Recipes You Can Make.

Portugal will be the new wine hotspot

If you were to name the country where your favorite wine is produced, what would you say? France, Spain, Italy? According to McCoy, Portugal is the new popular winemaking region.

In September, sales of Portuguese wines surged by 35.1% in the U.S. McCoy attributes the wine’s success on this side of the Atlantic to its quality-price ratio.

“They’re delicious, food-friendly, inexpensive, and more than worth the cost. Douro Valley reds are stunning, but for 2021 I’m also betting on newcomer region Alentejo, with its fresh, aromatic, savory whites and juicy, plush, smoky red blends, all from unusual varieties (antao vas, argonez), and some fermented in clay amphora,” she writes in the article.

Virtual wine tastings will be the new happy hour

Due to the increasingly remote nature of American office jobs during the pandemic, virtual wine tastings became a great way for companies to boost morale and engagement among employees. In order to host these tastings, the winery or relevant company will send bottles of wine—and sometimes snacks—directly to the employees’ homes.

“But to me the more interesting development is the way corporations, which couldn’t lavish travel and entertainment money on reward retreats to Napa, tapped wineries to host special sessions for employee team-building and perks, a trend that’s also here to stay,” McCoy writes.

In fact, virtual wine tastings are becoming so popular that there are now event services that specialize in organizing these experiences. Virtual With Us, for example, employs out-of-work sommeliers to host virtual tastings for large companies such as Johnson & Johnson.

According to McCoy, Rob McMillian, founder of Silicon Valley Bank Wine Division, reports that online sales for small producers increased by an impressive 153% this year.

Thanks to Wine.com, Winc, and dozens of wine subscription services, wineries both big and small were able to make ends meet while trying to navigate the lockdown and dining restrictions that followed.

“I have my eye on Pix.wine, from wine tech platform Emetry. Led by industry veterans Paul Mabray and Erica Duecy, it aims to be the ultimate one-stop online finding and buying spot, with plenty of deep data to help you decide what to pick,” McCoy wrote.

Prosecco rosé will be the new trendy drink

Rosé has been trendy for at least six years. As Vanity Fair reported in 2015, the light pink wine is largely associated with women, often served complimentary at hair salons and spas. “Rosé and Beyoncé: two pillars of modern womanhood that we could pack into a time capsule for future generations to unwrap, alongside an iPhone, maybe,” Justin Bishop wrote for the online magazine.

Given the success rosé has had over the past decade, McCoy projects an entirely new pink beverage will emerge and steal the spotlight in 2021.

“I’m betting 2021′s big pink drink will be Prosecco rosé. At the end of November, the approved category launched in Italy, which already has a boom in big-value pink wines. John Gillespie, founder and chief executive officer of market research firm Wine Opinions, says that combining the prosecco trend with the rosé trend is as close to a sure thing for success in the U.S. as he’s seen,” she reports.

So far, the U.S. has given approval to over 100 labels, so keep an eye out for the fizzy rose-colored beverage.

Wine seltzer will give hard seltzer some competition

Hard seltzer who? Wine Intelligence, a market-based research firm in the U.K., predicts that wine producers will begin experimenting with the seltzer more in 2021. Some companies, such as Del Mar and yes, even Barefoot, are already ahead of the curve with their wine seltzer products. And it’s an intriguing space to tap into.

Just five years ago, hard seltzer wasn’t even a thing, and now it’s lauded for being the fastest-growing alcoholic beverage year after year.

“Where, then, is the ‘wine seltzer’ market? Not far behind, we think. Some products already exist in this space, but we predict that 2021 will see a concerted effort by wine producers to ride the hard seltzer wave,” Richard Halstead reported for Wine Intelligence.