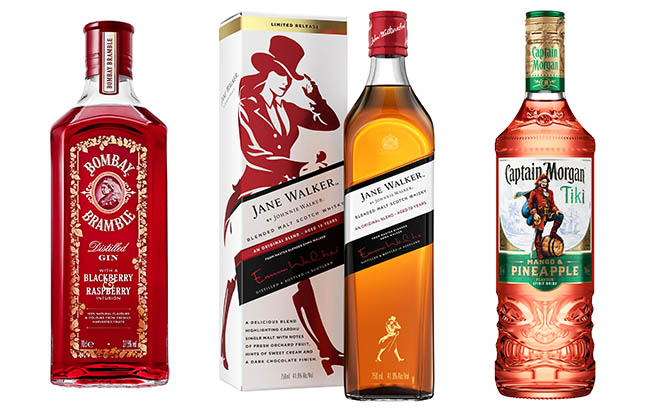 In March, a number of line extensions were revealed, including a new Bombay Sapphire gin, Martini aperitivos made without alcohol and a 27-year-old Redbreast Irish whiskey.

It was a busy month for spirits as producers tapped into new flavour trends, the low-alcohol category and experimented with unusual casks.

In addition, Brewdog made its mark on Asian spirit shochu, while Diageo brought back its Jane Walker bottling to celebrate its new women-themed initiative.

The latest expression from Bacardi-owned Bombay Sapphire “pushes the boundaries of flavour and colour” by combining the brand’s gin with a ‘real’ fruit infusion to provide a “distinct crimson colour and natural flavour”.

The new gin is said to challenge the “common practice of other flavoured gins on the market which often use concentrates, additional sugars and additives to flavour the liquid”.

Bottled at 37.5% ABV, the bottling is inspired by the eponymous gin-based cocktail Bramble. 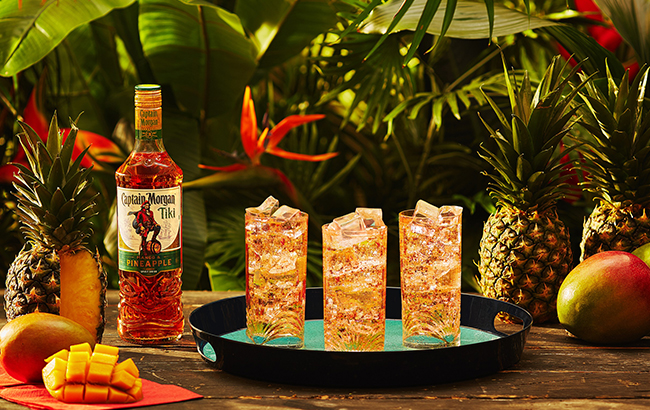 The new Captain Morgan Tiki is a tropical rum-based spirit drink, said to be “packed with pineapple and mango flavours”.

It has been created to tap into the “growing trend for lighter coloured mixers, such as lemonade which has seen a 27% increase in growth over the last two years” according to Kantar figures. As such, the rum is recommended served over ice with lemonade.

The 25% ABV Captain Morgan Tiki is available to buy in the UK, Czech Republic and as a limited edition bottling in Germany.

The non-quinine Mixer Collection has been designed to push the boundaries of traditional ginger ales and cola, creating more flavour options for mixing with rum, whisky, Tequila, Bourbon and vermouth.

The Mandarin Mixer with Ginger is a twist on ginger ale, while the Pineapple Mixer with Almond was inspired by ingredients grown in tropical destinations, pineapple being one such ingredient, as well as the use of almond in tiki drinks, such as the Mai Tai.

Gordon’s White Peach Distilled Gin follows the release of flavoured expressions Gordon’s Pink in 2017 and Gordon’s Sicilian Lemon in February this year. Diageo said the launch of Sicilian Lemon is the first in a number of Gordon’s flavour innovations scheduled for release in 2020.

The new White Peach variant is said to have the “naturally mellow flavour of white peach”. It is available to buy exclusively from UK supermarket Asda.