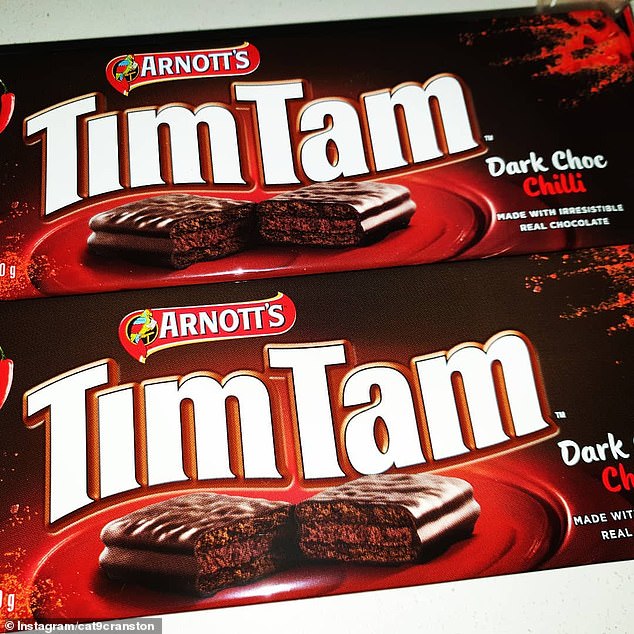 It was originally available to customers in the 90s but disappeared off supermarket shelves in 2014, much to spice lovers dismay.

A Facebook group was created in August 2015 called ‘Bring Back Arnott’s Chilli Tim Tams’ and a number of people had written on the brand’s social media page, saying they missed the ‘kick and spice of chilli alongside the smooth and rich consistency of chocolate’.

‘To bring dark choc chilli to life, we have been expertly crafting with our master bakers the perfect combination of a heat sensation and our decadent, rich dark choc.