By Sam Danley
CHICAGO — It’s never been a secret that a nutritious diet influences general health. In decades past, however, most consumers took a reactionary approach to health needs, seeking medicine to treat specific conditions and only changing dietary habits when faced with a direct threat to their well-being. Now, a growing proactive health movement is driving consumers to treat food as a means to prevent, manage and possibly even reverse certain conditions.

Darren Seifer, a food and beverage industry analyst for The NPD Group, said food used to be about taste, enjoyment and sustenance.

“Today, there’s more of an expectation that each mealtime can be an opportunity to do something good for me,” he said. “What we see is an increase in the number of people who are trying products to make themselves better in the long term.”

Approximately 80% of consumers have adopted a “food as medicine” approach to eating, according to Nielsen, and The NPD Group found a quarter of U.S. adults are actively trying to manage their health through food. In addition to seeking healthier and more natural foods, people increasingly are cutting out foods they think could have a detrimental effect on their long-term health. Dairy, sodium and sugar are the most commonly avoided foods, with more than half of U.S. consumers cutting back on sodium and 80% looking to avoid or limit sugar, according to data from the International Food Information Council Foundation.

This avoidance doesn’t mean people don’t allow for indulgence. Consumers still go for that burger or sweet snack. Overall, however, they’re prioritizing long-term goals with their eating practices. As a result, drawing attention to the potential health benefits of food and beverage products is the new industry standard, and free-from labels and ingredient callouts have become the cost of entry for new products.

“It forces the industry to keep itself on its toes,” Mr. Seifer said. “You have these longstanding brands, and they need to protect that, but at the same time they need to think about what other needs their consumers are expressing. You go to any trade show, and right on the banner on the booth for any product will be either ‘contains’ or ‘does not contain.’ Those callouts are a way for those new entrants to say, ‘We’re not like the traditional products.’”

Ingredients like fiber, whole grains, plant protein, omega-3 fatty acids and probiotics still attract health-conscious consumers. As interest in medicinal foods grows, unfamiliar foods that may be perceived as exotic also are picking up steam. Consumers and companies often call them “superfoods.” Though the term lacks a scientifically based or regulated definition, it has become a catch-all for nutrient-dense ingredients that are thought to possess special potential benefits.

“It might be because consumers have been eating traditional foods for a long time, and they didn’t see the benefits from them as much,” Mr. Seifer said. “I also think that consumers are looking for something new all the time, particularly younger generations. They stress variety in the things that they eat and drink, and they’re a little more willing to try things out.”

Among the emerging medicinal foods NPD tracks, consumers are most interested in trying foods like elderberries, which are believed to relieve colds and fight the flu, and ashwagandha herb (also known as Indian ginseng), which is believed to act as a sedative. Interest also is growing in the perceived healing benefits of manuka honey, as well as reishi mushrooms, which are thought to improve the immune system. 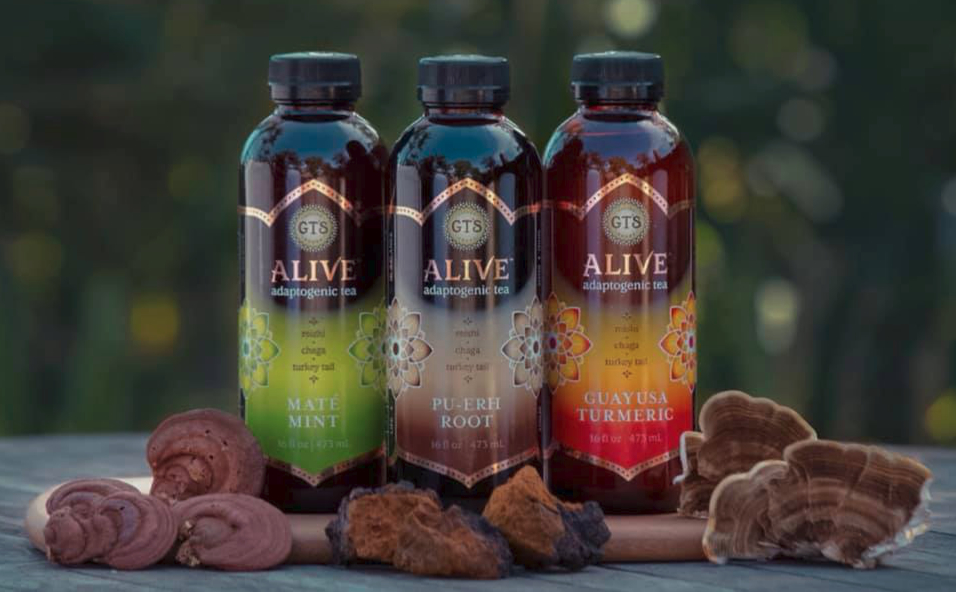 So-called superfoods often are nutritious, but the term is more useful for driving sales than describing healthfulness. While medicinal foods claim a variety of benefits, Kantha Shelke, principal and founder of food science and research firm Corvus Blue, L.L.C., said many of those claims have not been scientifically proven.

“There is limited scientific evidence that elderberries, reishi mushrooms, manuka honey, Indian ginseng and the like are superior to more commonplace fruits, vegetables, grains and legumes,” she said. “The swaying power of the language used by marketers of these exotic foods, however, cannot be easily ignored by lay persons.”

The internet has undoubtedly aided in the dissemination of knowledge. Science-tempered messages of moderation, value of physical activity and variety in food aren’t as easy to accept and abide by as fad diets or the purported benefits of exotic superfoods, Ms. Shelke said.

“People increasingly reaching out for ‘silver bullet’ foods and ingredients to magically counter their lifestyle choices is a reflection of the current ‘instant gratification’ beliefs — that some foods can undo lifestyle damages and instantly heal or cure,” she said.

This perspective means that for consumers seeking foods to manage their health, context tends to be more important than a product’s actual nutritional value. Participants in a consumer perception study, for example, overwhelmingly said products with short ingredient lists, non-G.M.O. claims and less sweetness were healthier than other comparable products with identical nutritional information.

“It’s interesting to see how buzz seems to get ahead of the scientific curve, and consumers start to react to that before anything scientifically comes through,” Mr. Seifer said. “It’s not necessarily what doctors or nutritionists or dietitians are saying is the best, but what influencers are saying.” 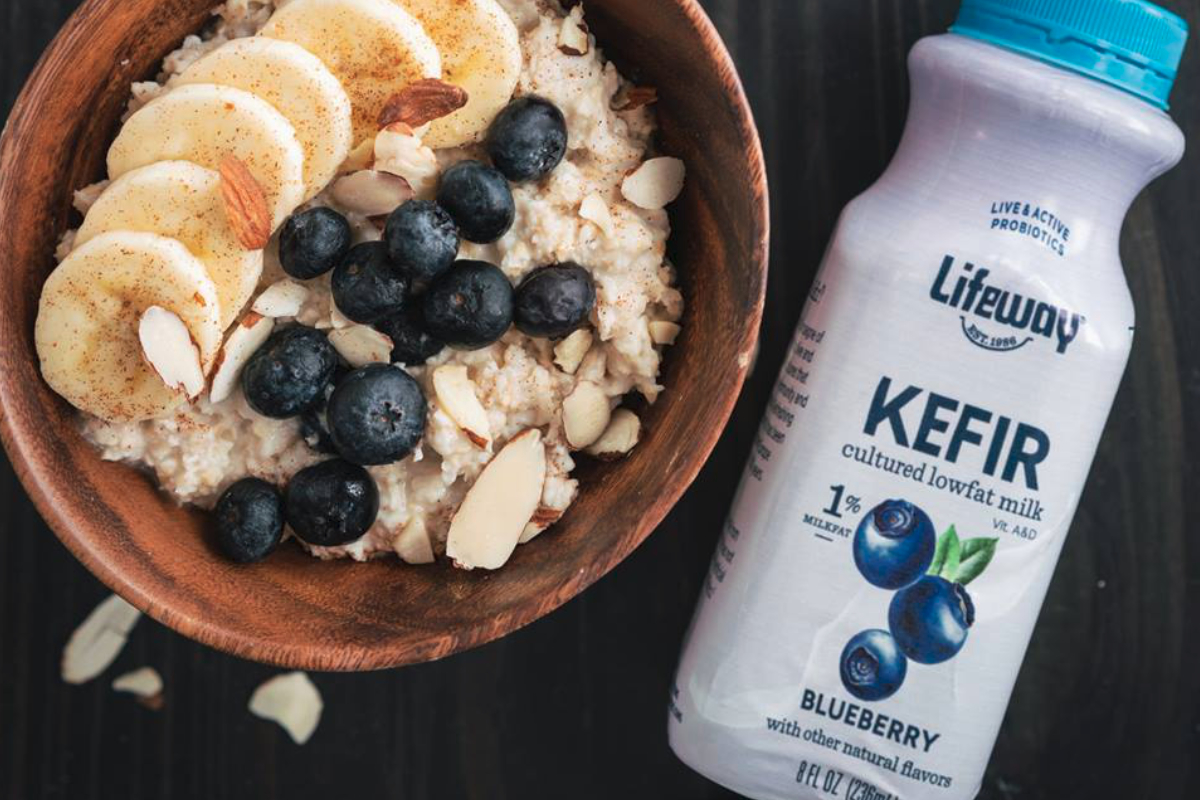 Around 30 million Americans say they influence other people in terms of what they eat, Mr. Seifer said. Young adults in particular place a great deal of trust in what they see online. As a result, the proactive health movement is cutting across generations. Young adults ages 18-24 are becoming increasingly interested in using food to improve their health, choosing food and beverages with healthy profiles for 19% of their meals and in-between snacks, according to NPD.

“We see a lot of the younger generations are the ones who tend to be a bit more proactive with these things,” Mr. Seifer said. “They’re the ones who are the most concerned, for example, about eating things like genetically modified foods or foods with preservatives. They’re the ones who kind of started to say ‘Hey, I’m eating this stuff every single day. So why don’t I make sure that on a daily basis I’m doing something better for myself?’”

Young adults aren’t just changing their approach to food. They’re also shaking up traditional notions of what it means to be healthy. While older adults may seek medicinal foods to treat physical ailments like aging joints or improve heart health, younger people are turning to food to manage issues like stress and anxiety.

“Gen Z is starting to expect mental health as part of an overall health and wellness regimen,” Mr. Seifer said. “It’s not just about parts of the body you can see or feel; it’s also about the mind.”

A variety of foods and ingredients have a proven impact on mental and emotional health, Ms. Shelke said.

Omega-3s, which are found in cold water fish, seaweed and chicken raised on flaxseed and walnuts, have been shown to help reduce symptoms of mental disorders such as depression or attention deficit hyperactivity disorder.

Whole grains, the primary source of energy for the brain, can only be found in carbohydrates.

“The key is to get complex carbs that release glucose slowly instead of the simple carbs, which exacerbate low mood by spiking blood sugar and producing effects on the brain similar to that from drug of abuse,” Ms. Shelke said. “Ideal sources of complex carbohydrates for mental and emotional well-being include foods such as bulgur, oats, wild rice, wheat, barley, beans, nuts, seeds and soy.”

Fermented foods like yogurt, kefir, kimchi, tempeh and kombucha have been found to contain probiotics that reduce anxiety and stress hormones, while leafy greens and selenium-rich foods have been shown to help with depression, insomnia and fatigue.

Protein also can influence mood. It contains the amino acid tryptophan, which produces the neurotransmitter serotonin.